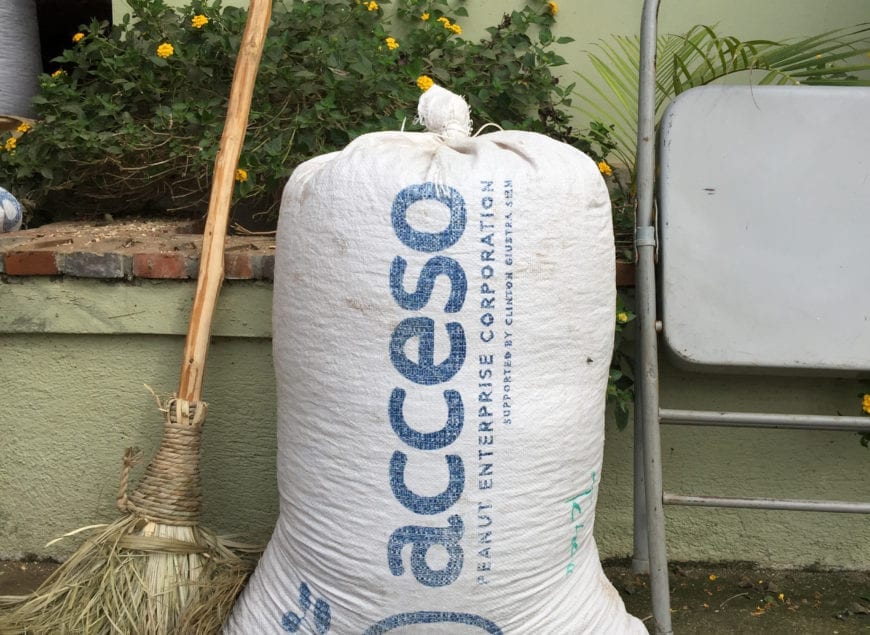 Since D&D Mamba’s creation in October 2015, they have imported over 7 tonnes of Haitian peanuts! All those rich, nutty peanuts were used to create their very own spicy Haitian-style peanut butter. However, here are a few things you may not know about them, such as, how D&D Mamba came to exist, what sets it apart from other peanut butters on the market, and how it impacts the lives of Haitian peanut farmers. So, let’s jump right in and give you some insights as to why D&D Mamba is more than just spicy peanut butter.

Back in 2014, the founders of D&D Mamba, Stanley Dumornay and Jason Delis, traveled to Stanley’s native Haiti where he rekindled his love for Creole food and spicy Haitian peanut butter, called manba, which phonetically sounds like mamba in Haitian Creole. Stanley introduced Jason to manba, who immediately fell in love with this Haitian delight. After a bit of research, Jason realized that manba wasn’t available on the Canadian market, so together with Stanley, they created D&D Mamba. Their goal was to introduce this spicy, smooth and incredibly tasty peanut butter to the Canadian market, while supporting Haitian farmers by importing their peanuts.

D&D Mamba is made from a traditional Haitian recipe, which produces a bold and spicy peanut butter unlike any other one on the Canadian market. The ingredient list is very simple, yet always packs a punch: high quality dry-roasted Haitian and US peanuts, organic cane sugar, sea salt, and hot pepper. Because their peanut butter is inspired by traditional Haitian manba, importing Haitian peanuts and supporting Haitian peanut farmers was critical to the process. Hence, each D&D Mamba jar contains 100 grams of Haitian peanuts, making it the only Canadian peanut butter to include peanuts from Haiti.

Who do we work with?

Before answering this question, some context is required: Haiti is one of the poorest countries in the Northern hemisphere with over 59% of the population living under the poverty line. Haiti also possesses a hot and humid tropical climate as well as very fertile soil, which makes it ideal for growing foods, including peanuts. However, peanut farmers face many issues such as the lack of access to quality inputs (i.e.: seeds and fertilizers) as well as the lack of access to foreign buyers who are willing to give a fair price for their harvests. Since one of the reasons D&D Mamba was created was to support Haitian farmers, D&D decided to work with Acceso, a Haitian peanut corporation that supports local peanut farmers through training and by purchasing their peanuts for resale. More importantly, Acceso tests the peanuts for aflatoxin (a bacteria that grows on peanuts when poorly stored) to make sure they meet Haitian and international standards. Every batch of Haitian peanuts D&D imports exceeds Canadian standards.

Acceso begins by providing farmers with specialized quality training to increase their knowledge and improve their productivity. It then provides the necessary high quality seeds and fertilizers to improve peanut yield and quality. At the end of the harvest season, it purchases the peanuts at favorable fixed prices and sells them to international buyers such as D&D Mamba. Since 2014, Acceso has trained more than 3,600 farmers. What is its goal for the future? Acceso plans to triple the income of their peanut farmers in Haiti in the next 3 years. This means that as D&D Mamba grows, its demand for peanuts will also increase and they’ll be able to support even more Haitian peanut growers, improving the farmers’ lives considerably. Click here to learn more about Acceso’s work by watching this video.

In October 2016, D&D met with Acceso and had the chance to talk with some Haitian farmers. They were pleased to hear and learn how Acceso is positively impacting farmers’ lives. Watch Stanley’s interview with Haitian peanut farmer, Boss Pacom, on what it’s like working with Acceso:

Now that you have a clearer idea about who D&D are, who they work with and why, they’d love you to check out some of their peanut butter varieties. If you’re not fan of very spicy foods, rest assured, they’ve got you covered! D&D Mamba heat levels vary from mild, to medium, and hot! Try them all! Click here to discover D&D Mamba peanut butters.

More than just a spread

From Mamba to Manba