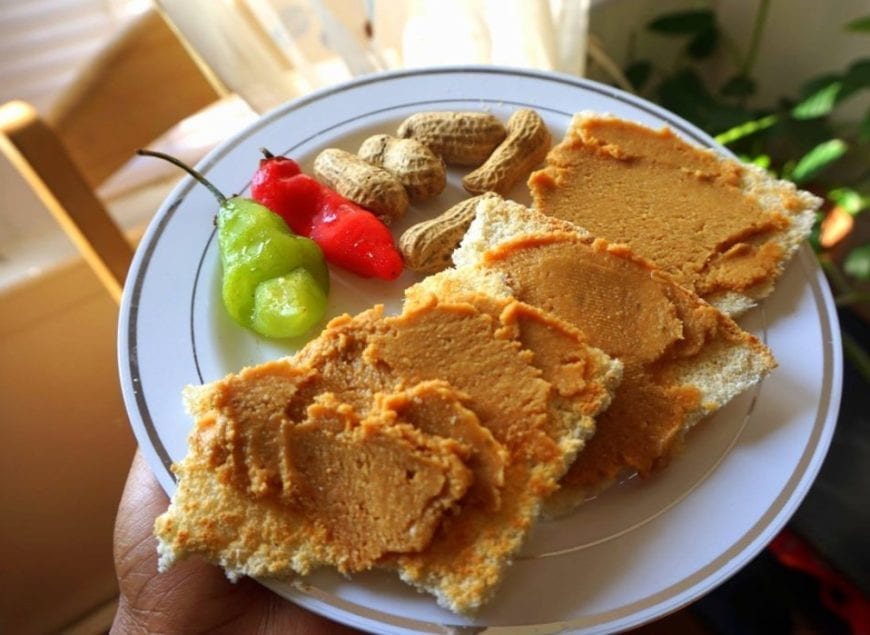 As you may know, our peanut butter (and our name) is inspired by the traditional spicy Haitian peanut butter, Manba. Each jar of Manba contains 100 grams of Haitian peanuts. Since our origins are deeply connected to Haiti, we want to take you on a culinary journey to this country that is very dear to our hearts.

Haitian cuisine is rather unpretentious and some may qualify it as simple, but anyone who has tried it will attest that the flavours are complex and bold.

Haitian flavours have been shaped by people of many origins: Taino natives (one of the largest indigenous peoples of the Caribbean), the Spanish, Africans, and French. Before the arrival of Europeans, native Haitians cultivated many fruits and vegetables like pineapple, guava, papaya, sweet potato, cassava, avocado, mango and corn. When the Spanish arrived on the island, they brought in new spices, cattle, oranges, lemons and rice. With the colonial period and the beginning of the slave trade, Haitians began to cook more with rice, plantains and seafood. Later, when the French took over Haiti, they deeply influenced its cuisine through new cooking techniques as well as a growing use of herbs and spices.

Undeniably, all these cultures played a key role in the development of Haitian cuisine and, to this day, still are an important part of the country’s culinary traditions.

There are many traditional dishes in Haiti, some of which include the following:

What about Haitian Rum, Chocolate & Coffee?

Because of the prevalence of sugar cane in Haiti, it does not come as a surprise that rum is the official national spirit and one of the country’s most famous exports. Haiti’s national standard rum is called Barbancourt and is considered by many as among the finest rums in the world because of its smooth, complex, and well balanced flavour profile.

Another one of Haiti’s specialties is cacao. Although the country produces less than 1% of the world’s cacao beans, industry experts have started to recognize their high quality. One of the reasons why Haitian chocolate is so appreciated is because cacao beans are grown using organic methods, which results in a rich, smooth, fruity and high quality chocolate bar.  You can try chocolate made from Haitian cacao beans in Tremblant, Quebec at Palette de Bine, an award winning chocolate shop.

Lastly, coffee has always been part of the Haitian economy. Haiti grows Arabica beans, which are the high quality beans used in gourmet coffee. Again, the rich and delicious flavour of Haitian coffee comes partly from the fact that all their beans are organic.

The End of the Culinary Journey

Now that you are more familiar with traditional Haitian dishes and exports, we encourage you to explore some of the local Haitian restaurants in your area. Here are a few recommendations if you live in Montreal or Toronto:

More than just a spread

Manba at the One of a Kind Show in Toronto